For those of you lucky enough to return to work, I hope you’re all fired up and rearing to go; ready to keep your nose to the grindstone, shoulder to the wheel, hand to the plough, eye on the prize, ear to the ground and your chiropractor in busines (Thank you Dave).

It’s no different for us here at the CIA HQ (Crass Interpretations of Art – in case you thought it was something else). Today, we cast our caustic glare on Peter Paul Rubens. 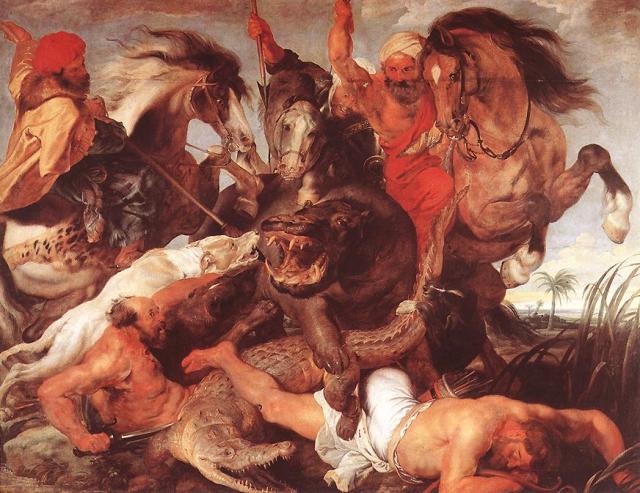 Honestly Eric; it would have been a lot easier just ordering from McDonalds.

Despite the banality of the name, FFC has led an intensely varied life. Grateful for surviving almost three years as a 'troepie' (soldier for non-South African Readers) in the Angolan war, he determined to wring as much out of life as possible. Currently providing Business Analysis services, trading on the stock market and developing web pages to pay the bills, FFC also dabbles in wildlife, landscape and people photography, writing, and far too many interests for his own good. He has also travelled extensively in southern Africa (working on the sound theory that a moving target is more dificult to hit). These peregrinations also include over 1500kms on foot through some of the worlds most spectacular scenery. It hasn't all been plain sailing, beer and skittles, and endless beds of roses... Chief amongst the prerequisites for surviving Africa, with its mind-bending characteristics, is an appropriate sense of humour.... So, for now, he will be recounting the amusing among the annoying, the frustrating wrapped in the funny and extracting the mirth from the melancholy... Oh yes, there might be some alliteration too.
View all posts by Freud Fission Chips →
This entry was posted in Falling down on your arts?, Humour - or humor, Satire and tagged Art, art critic, captions, funny captions, humor, humour, interpretation, Old Master, Old Masters, Painting, Peter Paul Rubens. Bookmark the permalink.

2 Responses to The Old Masters – re-interpreted 33