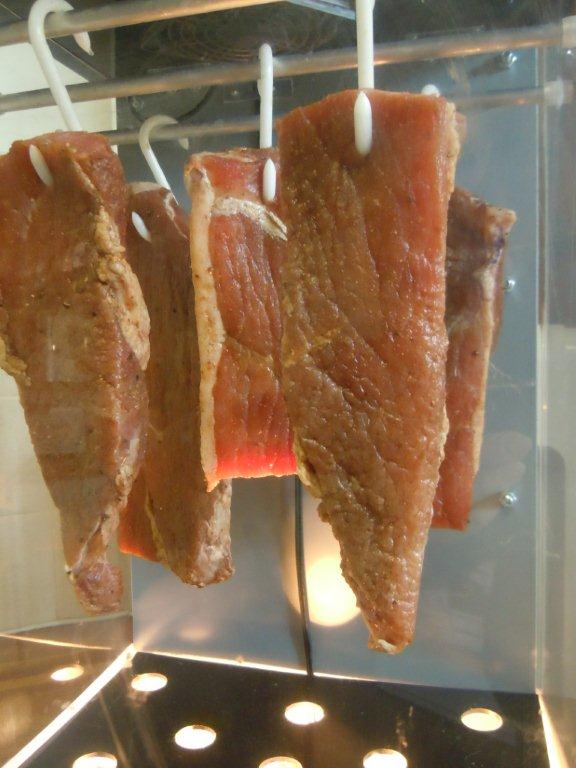 South Africa is enjoying the afterglow of the Soccer World Cup and if you were brave enough to visit our country, you might also have been brave enough to sample some biltong.

If your taste buds were awake you probably enjoyed it thoroughly. Also, if you’re an ex-pat South African, happy in your new home overseas, but are thinking about a lekker stuk biltong and missing it stukkend, then today’s blog will gladden your heart for sure.

The following recipe will not only result in profound South African Satisfaction, but it has been known to attract the prettiest SA girls within a radius of 25 miles.

YOU NEED TO TRY THIS AT HOME.

Here’s how I make my biltong.

I’ve given you the quantities of spices for 25kg of meat. However, I would recommend starting with 1kg first, so that you can get your drying area and methods sorted, as well as experiment with the spice quantities.

However, thoroughly mix enough spices for all 25kg as this will be easiest (and also forms your basic seasoning mix). Weigh it after you’re done and separate 1/25th of it when you want to season your first batch.

If you’re going to opt for the 1kg attempt then only use about 60ml of vinegar – 30ml for sprinkling when seasoning and 30ml for washing the meat.

Obtain your meat from a reputable butchery.

Lay it on a suitable (I use a granite cutting block) surface. Remove as much blood as possible by patting it between two layers of kitchen (paper) towels.

For this example – I assume you have 3 pieces of Silverside totalling 1kg: 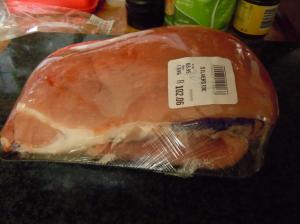 Some Silverside from a good butcher

The meat with the selection of vinegars 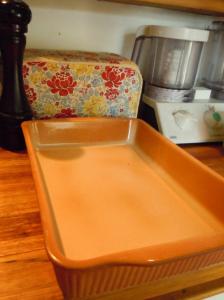 Your seasoning for 1kg meat. 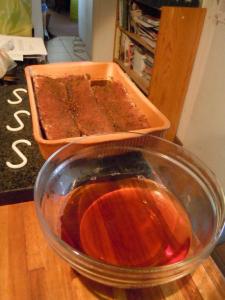 Next day – prepare to rinse the excess seasoning off the meat.

Once seasoned, hang the meat in your drying area. In this case a purpose built dryer.

Select your meat according to your preference. I personally do not like marbling in the meat, but I will hang pieces of silverside WITH the fat to accommodate people who like it. I will cut the fat off to because I don’t like the flavour/texture of the fat and because it helps with the cholesterol.

I use Maldon course/flaked/rock salt or another organic salt that preferably does not contain Iodine or anti-caking agent; this messes with your health and the flavour of the biltong. If I am feeling flush and adventurous, I will also use some Maldon Smoked Salt as this adds a very subtle smoky flavour to the biltong. Be careful though, as this can detract from the ‘natural’ taste of the biltong. So experiment first with the recipe as set out above.

First try a batch of biltong as above. After you’ve adjusted the spices to your taste, have a bash at using Pimento or small amounts of Juniper. Again, remember, these two spices are powerful, so begin by using small amounts.

Vinegar helps to tenderise tough fibres in the meat.

I’ve been experimenting with some additional vinegars, with some success. Try the following for a pleasant result: Of the 600 ml of vinegar, use 300ml Brown vinegar, 150ml Cabernet Sauvignon Balsamic Vinegar and 150ml Honey Balsamic or Tarragon Balsamic vinegar. The subtle sweet/sour flavours of the Balsamic mixtures makes for a pleasant flavour when the biltong is eaten nearly dry.

Stops the biltong from getting too hard. You’ll see that only small quantities are used and it doesn’t give the meat a sweet taste.

If you live in coastal areas, use lightly more bicarb and/or vinegar. This is to stop mould forming on the biltong.

This gives the biltong its characteristic red colour. But use it carefully.

Good luck with your biltong. I’ll be chuffed to hear how you got on.

Despite the banality of the name, FFC has led an intensely varied life. Grateful for surviving almost three years as a 'troepie' (soldier for non-South African Readers) in the Angolan war, he determined to wring as much out of life as possible. Currently providing Business Analysis services, trading on the stock market and developing web pages to pay the bills, FFC also dabbles in wildlife, landscape and people photography, writing, and far too many interests for his own good. He has also travelled extensively in southern Africa (working on the sound theory that a moving target is more dificult to hit). These peregrinations also include over 1500kms on foot through some of the worlds most spectacular scenery. It hasn't all been plain sailing, beer and skittles, and endless beds of roses... Chief amongst the prerequisites for surviving Africa, with its mind-bending characteristics, is an appropriate sense of humour.... So, for now, he will be recounting the amusing among the annoying, the frustrating wrapped in the funny and extracting the mirth from the melancholy... Oh yes, there might be some alliteration too.
View all posts by Freud Fission Chips →
This entry was posted in Recipes and tagged Beef, Biltong, Biltong recipes, Coriander, diet, Dieting, easy recipes, Epicurean, food, game, Gemsbok, how to, Nutrition, photo recipe, Recipe, Recipes, snack, South Africa, Spicy, weightloss. Bookmark the permalink.